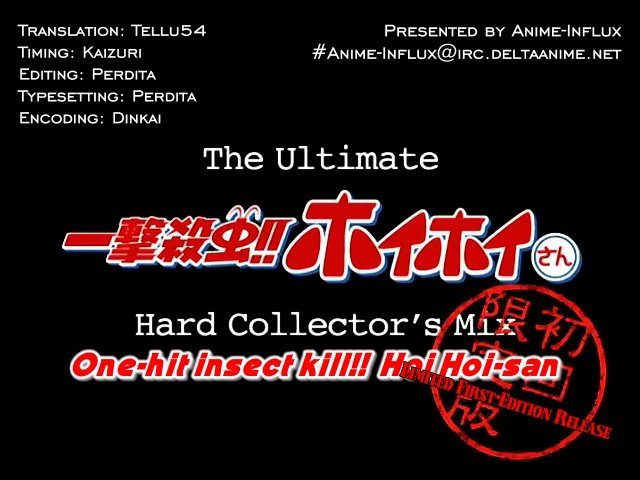 I think I recognize a pseudonym...

Some time in the future, cockroaches and other household pests have become immune to all known insecticides. Cockroaches are the consummate survivors; they existed before the dinosaurs and they're likely to outlive us, too. With chemical weapons useless, humanity turns to robotics.

Hoihoi-san is a combat meido android designed to hunt cockroaches and other insects. She's five inches tall and carries a couple of SMGs. If you have problems with cockroaches in your home, you buy a HoiHoi-san, and plug the charging unit into the wall. She will monitor the environment, and when she detects insects, she sorties and destroys them. Then she returns to her charging unit. 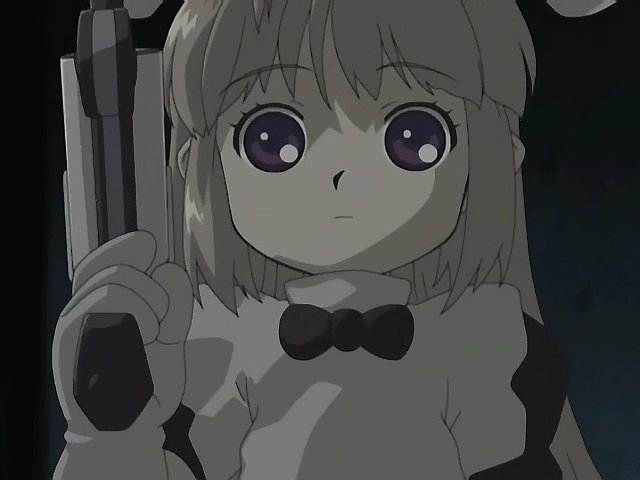 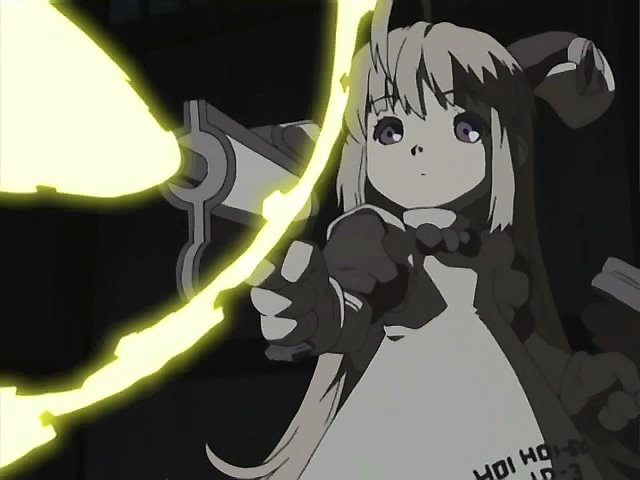 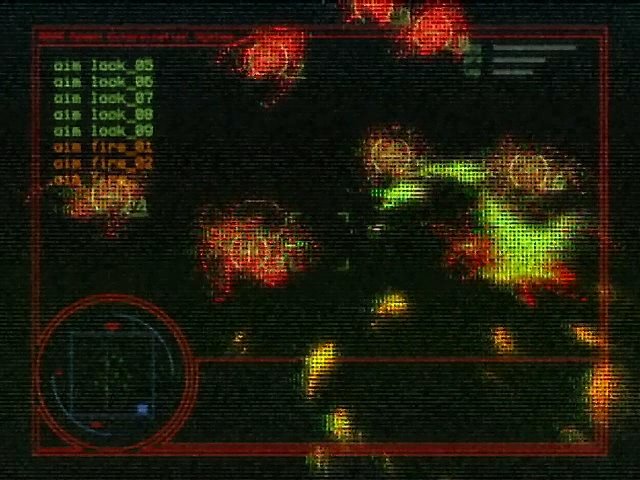 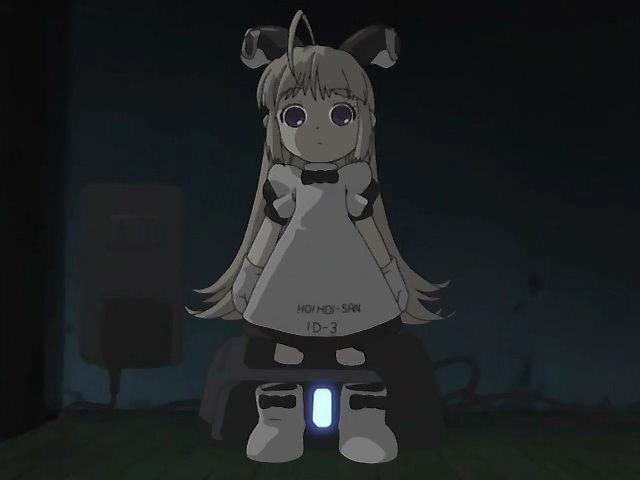 HoiHoi-san becomes very popular, so they design a second one called Combat-san. Combat-san is a heavy weapons frame... And there are lots of upgrades available, and it's like a warped version of "Angelic Layer". Very warped.

This apparently was a game. (UPDATE: no, it was a manga.) The video is only 10 minutes long and I think it's like the original Strike Witches OVA, created as a bonus to be included with the product (in this case, the game). There was, at one point, a rumor that they were going to turn it into a TV series, but that didn't pay off.

So you can't really tell a lot of story in 10 minutes, and they don't try. Most of the story takes place in the apartment of one geeky guy, who owns both units. He's been upgrading his Combat-san, but since he doesn't have a lot of money, he's been buying unofficial after-market parts, and the upshot is that Combat-san's programming has been altered. She thinks she's supposed to hunt HoiHoi-san rather than insects.

The other aspect of the story is a girl named Kimiko, who works at a drugstore. In addition to all the normal stuff you'd expect a drugstore to carry, they also sell HoiHoi-san and Combat-san plus upgrades, and it's a significant part of their business. When HoiHoi-san first came out, Kimiko thought it was cute, and bought one. Next morning she had a shock. 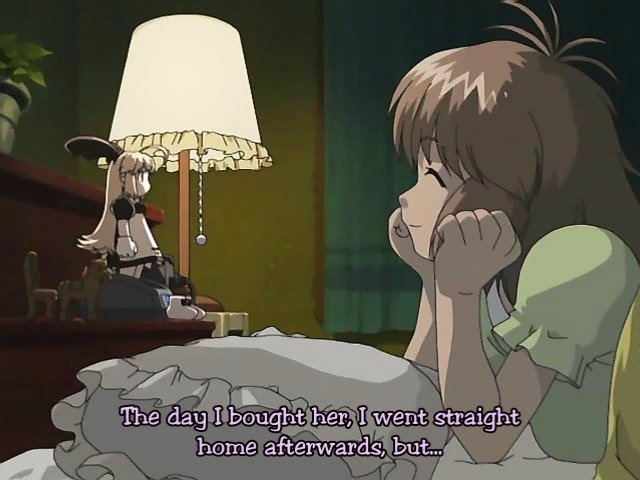 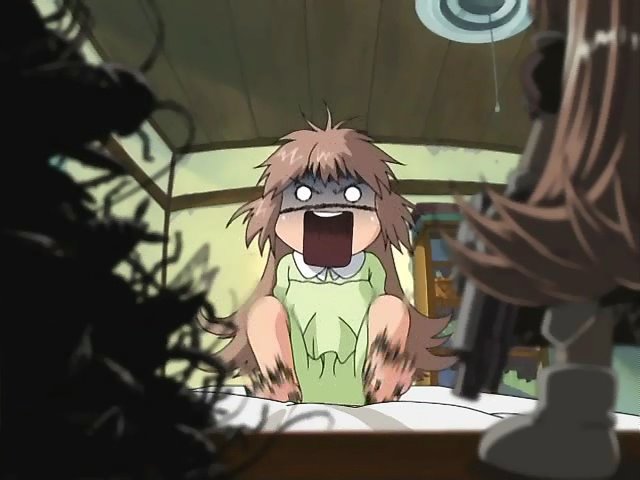 Since then she's completely soured on the entire concept, and dies a little inside every time she sells one. Her friend Mutsumi comes to visit her to show off her units, wearing itty bitty yukata. Kimiko starts musing about a doll she'd owned when she was a kid. Mutsumi interrupts her; the units are gone. 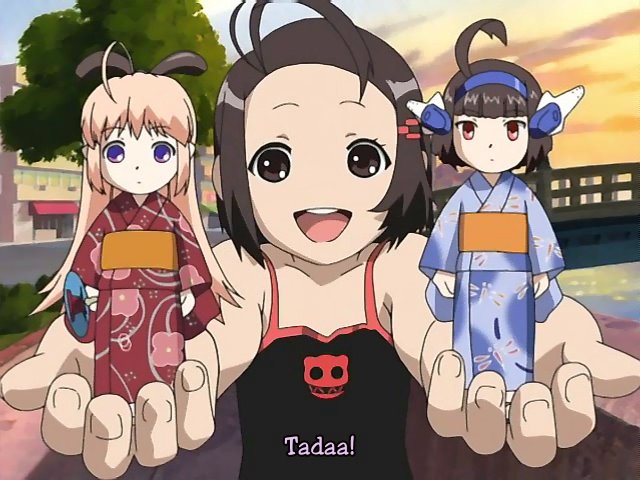 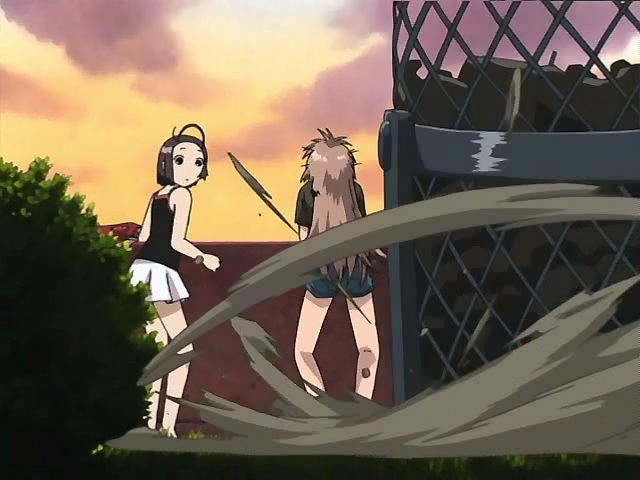 Then they hear the sound of combat from a trashcan. Seems that her HoiHoi-san and Combat-san detected bugs in it and activated. Kimiko dies inside again.

UPDATE: No, it was a manga. There was discussion of making a full TV series, but they didn't do it, and apparently there was also early interest in making a game out of it, but that didn't happen either.

1 The video was bundled with a special edition of the first manga collection (which sold out quickly). A number of 1:1 figures have been released for Hoihoi-san and Combat-san, and I keep meaning to buy at least one.

2 Like I said "If GONZO can make Strike Witches out of a toy line, surely better can be done about HoiHoi-san by anyone." Manga was very cute.

3 Aah, memories...  Yup, that was me, back in my "You say this thing hasn't been fansubbed?  Sure, I've got a few free hours" days.  I'd completely forgotten I'd ever subbed that thing.

I'm glad you got to see it.  Fansubbing is a lot of hard and often thankless work, so knowing that somebody out there is watching what you did means a lot.  It's by no means the next Evangelion or Gundam, but I hope it got a few smiles out of you.

4 You seem to have triggered a flareup of my engineer's disease again. "That's seriously their most efficient bug killing method? What the hurk arghhhh‽"

Sorry Jeremy, but The Rule of Cute trumps efficiency any day of the week...and HoiHoi-san (shouldn't that be -chan?) is terribly cute!

The underlying plot line is that HoiHoi-san isn't cute. Cute is as cute does, and she doesn't act cute at all.

I half expected her to be spunky and energetic, a miniature genki-girl, kind of like Sumomo from Chobits, but her personality, such as it is, is more like Robocop.

They're not sapient. They don't actually talk out loud, and their faces never change. HoiHoi-san and Combat-san are killing machines. The incongruity of how they were made to look versus how they act is the primary source of comedy in the show, and it's the reason Kimiko hates them so much.

7 Bob is selling some of them.

8 I am wondering about that. People were hacking on Furbies before. Perhaps in their world ACTA and DMCA are strictly enforced by the police state on the take of right holders carteil, so nobody can alter behaviour of their robots.

9 Personally, I would be hesitant to alter the programming of an autonomous, armed robot that lived in my house. One "bug" and HoiHoi could decide that you were a pest in need of extermination.

For that matter, I sure wouldn't want one that could connect to the 'net... that would be a pernicious virus indeed.

10 It reminds me of "Small Soldiers".

11 Just watched it - that was fun.  I don't see how it could have made it to a full season, but it was ten minutes well-spent.

Apparently they didn't have any idea how to make a full show out of it either, which is why they gave up.

I'm curious about just what the manga did. How long was it, and what kind of story did it tell?

13 One completed volume, and an ongoing series. You can find it on scanalation sites, and it's even been translated and published here. The Amazon reviews make it sound like an episodic parody of consumer culture. I wonder if they work on bedbugs?

14 If they work on bedbugs, then they are *totally* worth every last bit of creepy juxtaposition.  Evil evil things. . .

15 Personally, I loved her squeaky shoes.

Not so sure about the full-sized ammo sounds....

Anyway, a fun little show, which I am not going to bother refrigerating.

16 I think manga had a romance subplot with the robodoll geek hitting on Kimiko in the store, but she is being repulsed by his hobby, or something like that. I saw it in print at a club meeting a while ago.