My copy of the first BD of Mouretsu Pirates got delivered this morning. The BD contains the first two episodes, of course. They're both together in a single file, which is unusual.

There's also a clean OP and a clean ED. And there's a 36 minute video of what seems to have been a live kickoff show for the series, featuring the director and the primary seiyuu. 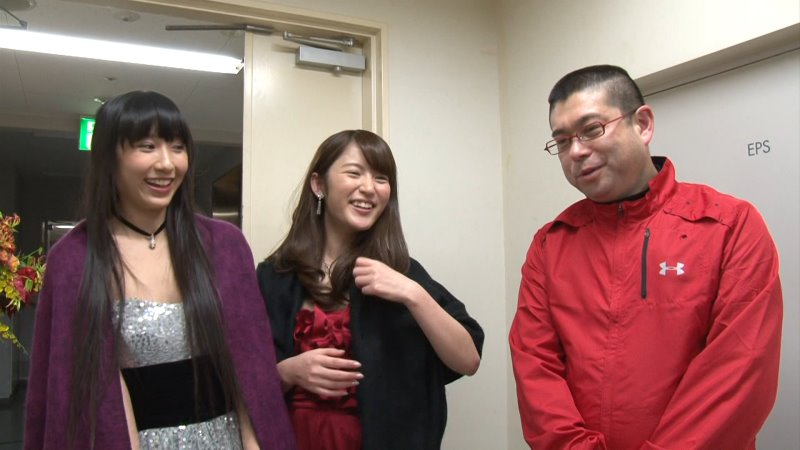 This is backstage picture from that video. On the left is Chiaki. In the middle is Marika. On the right is Sato, the series director.

There were five other women on stage. 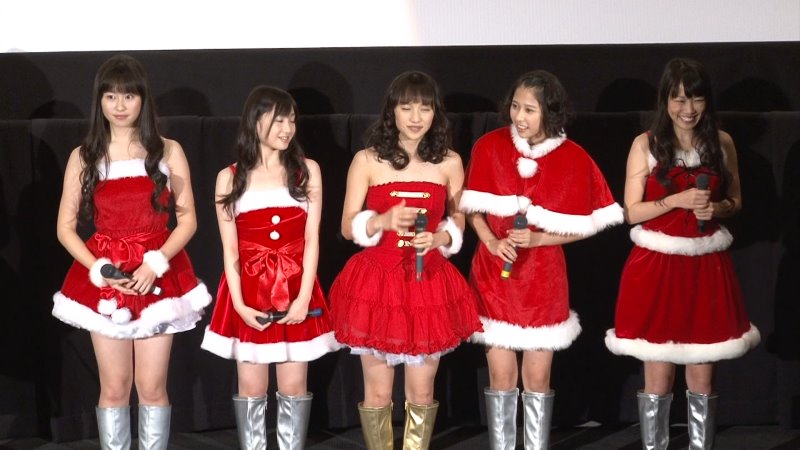 Presumably one of those is Jenny Dolittle, but I can't tell which. That seiyuu's publicity picture at ANN is dreadful.

I think the reason they're all in red and white is that this was filmed in December, before the series began broadcasting. So it's Christmas themed.

I think this series is going to end up being a big hit. It'll be interesting to see how the first BD sells when the numbers come out next week.

UPDATE: I got the fancy version, which included a CD. The first track on the CD is an audio play which is thirteen and a half minutes long. The second track is a song sung by Marika. At which point I was beginning to worry.

But the third track is the music that plays under the ep teaser before the OP, so it's OK.

I think the background music on this series is particularly good, so I was hoping the CD would contain some of the best of it -- particularly the music under the action scenes.

UPDATE: Lots of good songs on that CD, and I'm going to upload three of them. I have no idea what they think they're named. Here are my names:

That last one: It plays during the last part of the battle with Lightning 11, while Marika is adjusting the solar sails to blind the enemy ship.

2 Thanks for the tracks, they're wonderful.  I especially like Odette II.

3 Girl on left is definitely not Shizuka Itou (Misa).  I think your right about #2.  #3 looks like Saori Hayami (Mylene).

4 There's a track listing with titles here. It looks like there are two more albums coming, one in June and the other in September.

So track 12, which I called "Electronic Warfare", they called "Ugokidasu Toki", more or less "Time to get going".

Track 18, which I called "Odette II", they called "Hakuoh Jogakuin" which is the name of the school. I can believe that.

And track 21, which I called "Solar Sails", they called "Captain Marika". And I can buy that, too. It was when Marika first really demonstrated the kind of coolness and resourcefulness under fire that a real captain has to have.