Speaking of trigger discipline, I always cringe when I watch this scene: 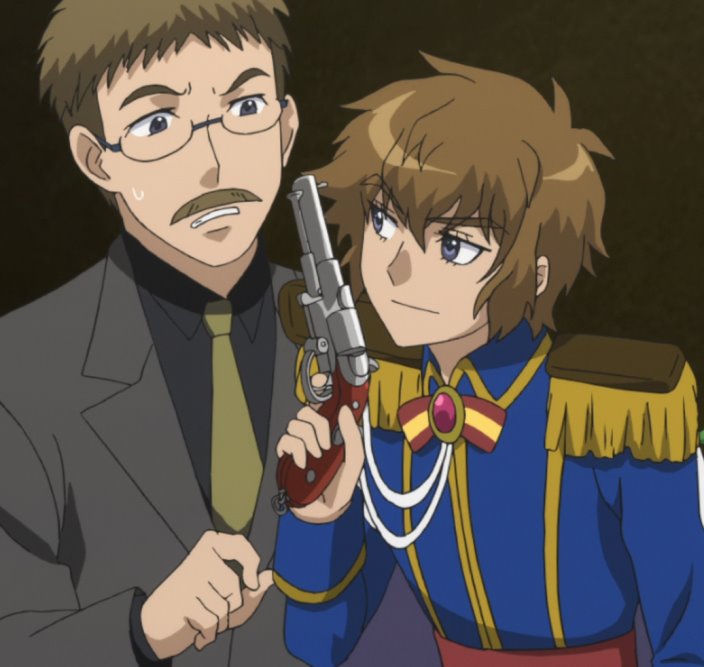 Lynn is about one mistake away from blowing that guy's head off. On the other hand, Sasha and Chiaki do it right: 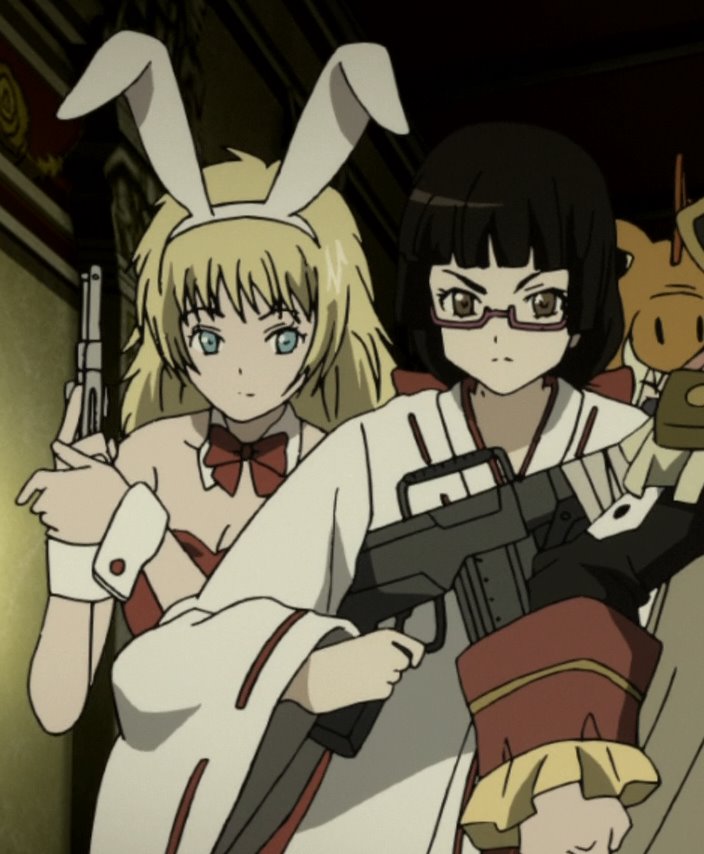 Chiaki's finger position is a bit odd, but that's because the grip on that blaster was designed for someone with bigger hands. She can't lay her index finger along the trigger guard because it's too far away.

Sasha, of course, is doing it perfectly. She's aiming the weapon straight up, where there isn't anything she cares about, and holding it with both hands, and her finger is extended, not on the trigger.

1 Actually Sasha is doing it wrong.  It's way too easy when pointing the gun up to have it end up poimting at the top of ones head, and even it is pointed straight up the flash, sound and powder burns of a discharge in that position could temporarily and even permanantly blind her. Down or out is best. OTOH her trigger discipline is, indeed very good and Lynn's, if that  gun is not a prop is the stuff of nightmares.

2 Sasha and Lynn are using prop guns. They're actually blasters but are decorated to look like ancient powder-and-ball guns.

3 But yes, they're live weapons. (Lynn fires hers earlier in that scene.)