So your main girl character is flying a single-seat plane of some kind, and you show a cockpit shot of her, with the camera low and forward, facing back. There's two messages you can send. Here's the first: 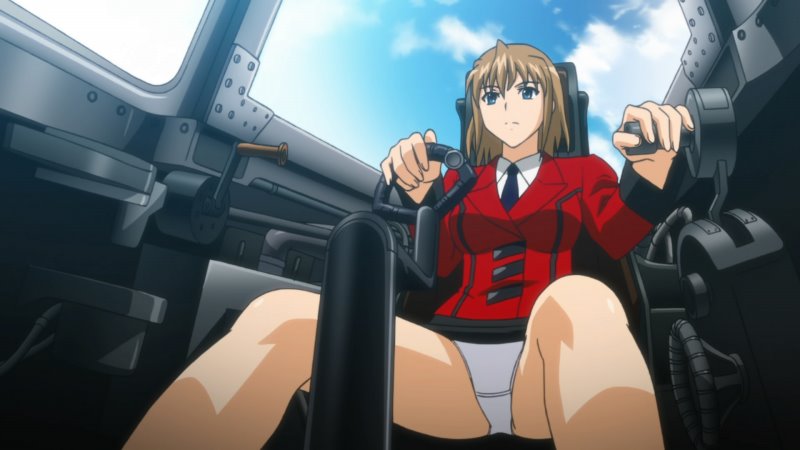 "This show will feature lots of fan service." (Aika Zero, from Studio Fantasia.) 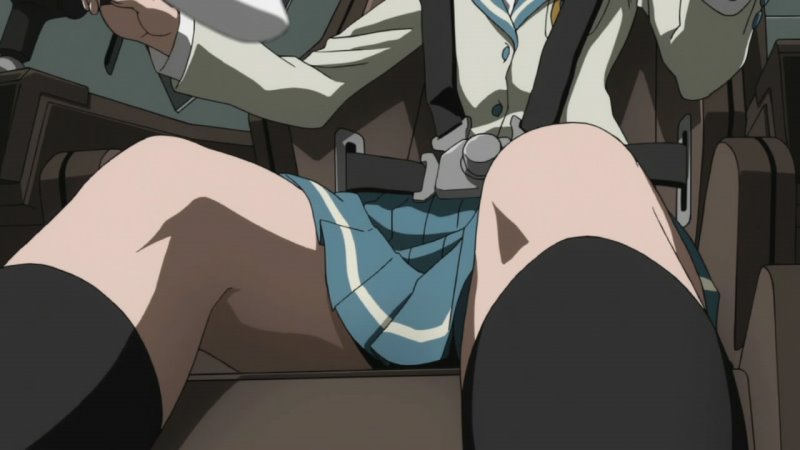 "This show is not about pandering. We won't be doing gratuitous fan service."

Which is the message from Mouretsu Pirates.

UPDATE: Pete, that thing looks like it could make a soprano out of you.

1 I really wish the lower 2 points were where they should be, because this design would not restrain the pilot from moving up (shoulder points will start working first, at best).

But ok, downloading the raw.

2 Could be worse. Aika wasn't strapped in at all.

3 There was the pirate/nurse lady whose attire seemed to have suffered a run-in with the Very Hungry Caterpillar.