There sure are a lot of guns in this series! 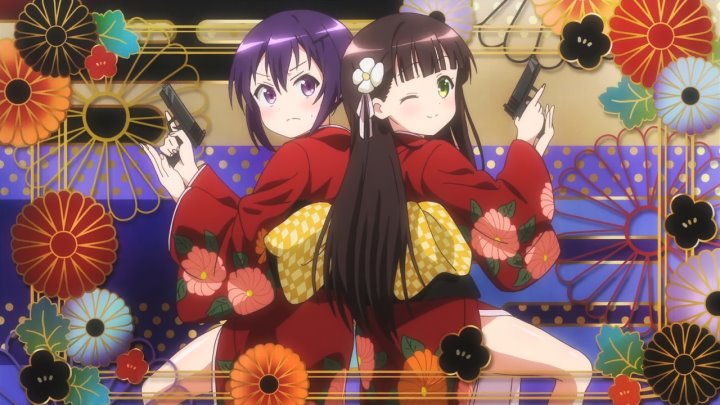 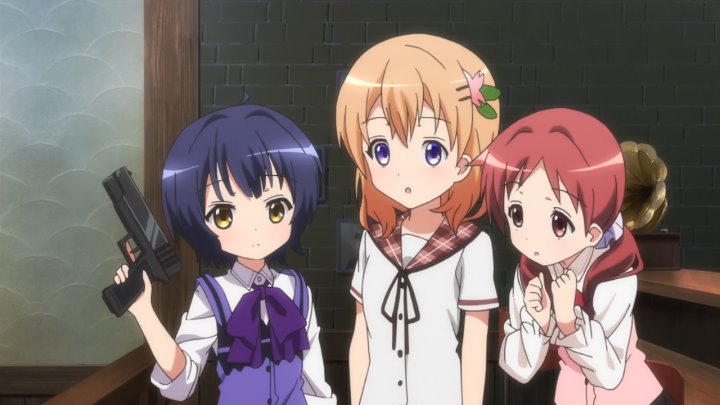 Those must be peanut guns, because that girl is in grade school.

I wasn't getting a lot of material out of it, and then episode 8 turned out to be swimsuits. 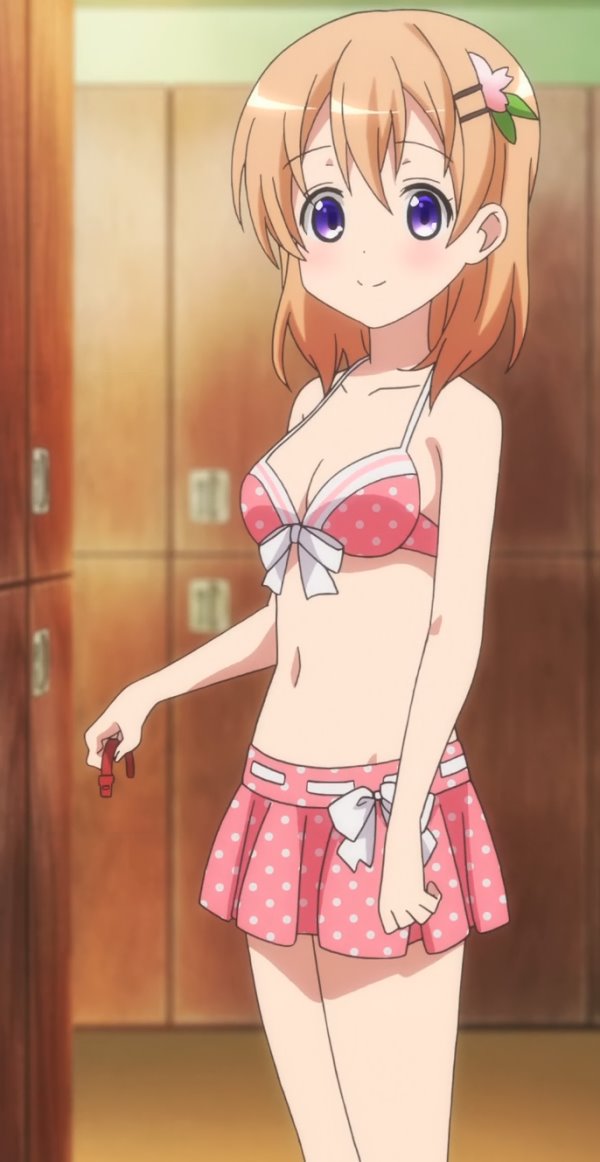 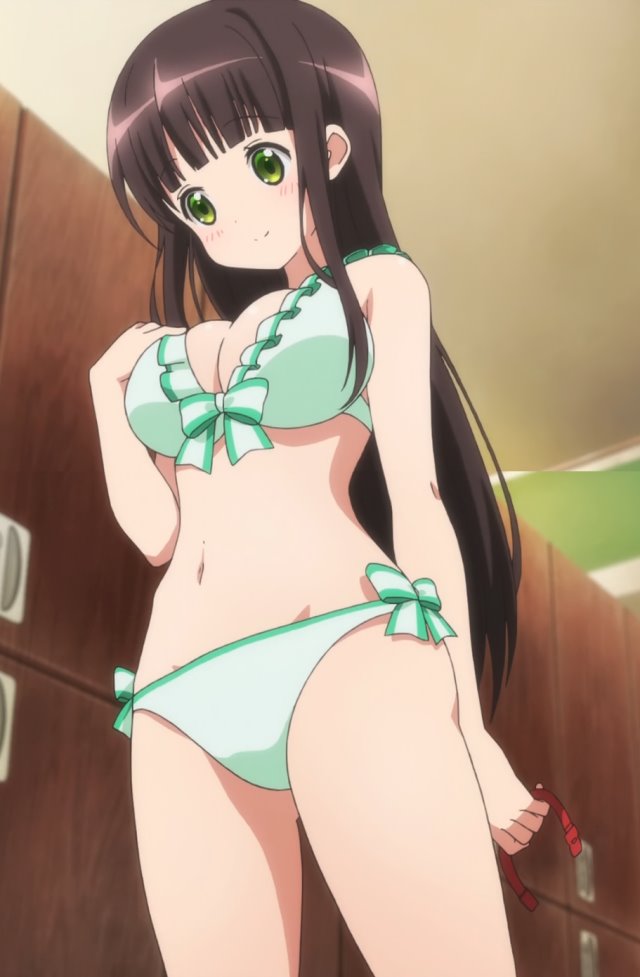 So I ended up with about 50 candidates.

UPDATE: Won't be using anything from Kono Naka ni Hitori, Imouto ga Iru. Honestly, I tried, but after an episode and a half I just couldn't force myself to watch it any more, even without sound and with the subtitles turned off and running at triple speed. It was just too painful.

1 Canonically it's all one and the same gun, which belongs to the "blue" girl. She is apt to let the "peach" to borrow it and leave it behind in her workplace (where her sub finds it). Don't ask how it works, it's not the real world. The one time we see the dream sequence of "yellow" girl, there's no question what it is. And the one time "green" girl poses in the top picture, she uses a prop.

2 Oh yeah, sorry, I forgot about all the guns Blue uses on the range (not pictured in this post). I guess that brings up the lot up to 3. 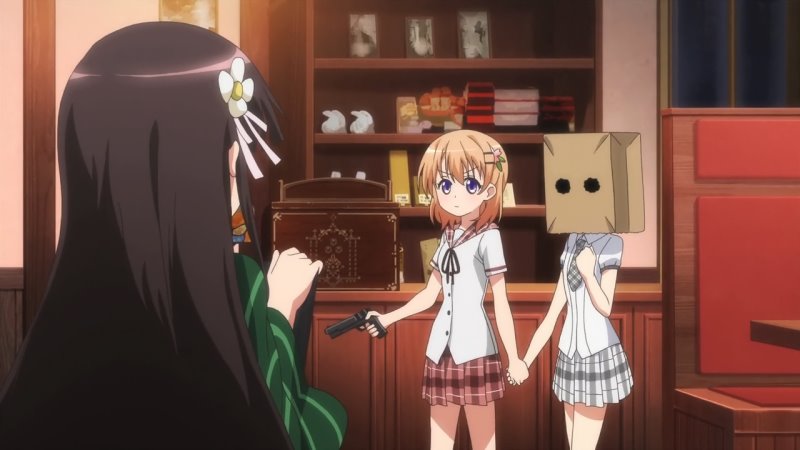 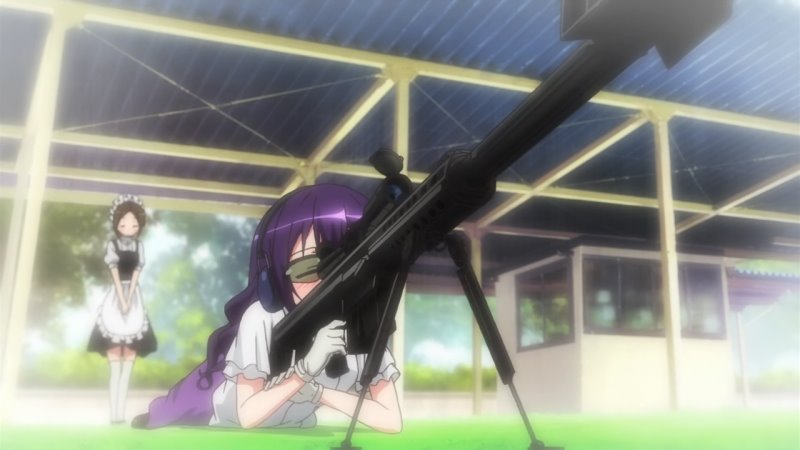 Rize, the one with purple hair, was the main fan service prize in this show. I think she was in about half the grabs I ended up with.

She looks good in a swimsuit, too. 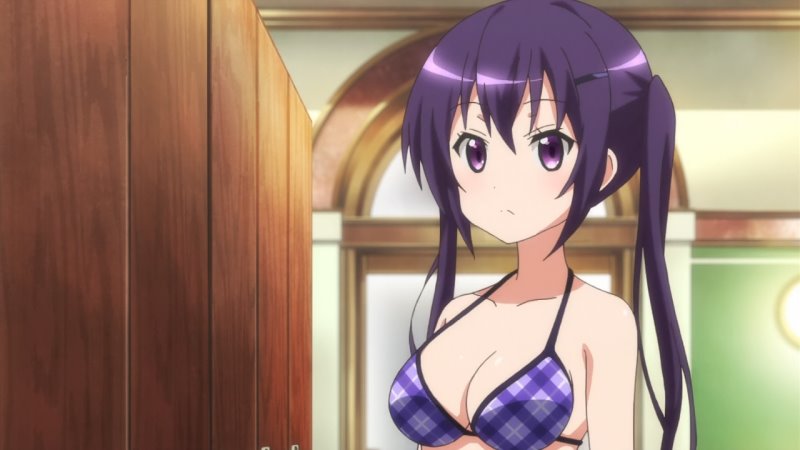 Whoever animated the sequence with the Barrett must not know just how much kick that gun has. She's shown firing off something like 5 shots in 3 seconds -- and no one fires it that fast! It takes time to reacquire the target after each shot!

5 She's also using it to -shoot trap-. From the sniper posture. ;p

There's one bit in the latest episode where a character says "and you have to put away your model guns" or something to that effect. Which would make more sense - if it's not a "real" gun, then loaning it out or being careless with where you leave it is a little more understandable. (Especially to a Japanese writer, who may not consider that "she has a gun!" can lead to "and was shot by police"... though it ain't that kind of show.)

6 I shot trap with SU-16CA. The success was difficult to find, but it's far from impossible. I also shot fireworks in the dark (using a custom illumination of open sights). Of course managing a .50 requires a Strike Witch's strength, so it's an anime license. Still, considering that Russian answer to .338 SMG is Kord on "lightweight" mount, with necessary body mass the sky is the limit. Rize establishes her brute strength cred in ep.1, if you recall, when she easily carries 4 bags of beans of which Cocoa can barely lift 1.

8 The rabbit is magic, so normal rules don't apply to him.

9 Anyway, that furball doesn't even look like a rabbit. Its ears are more like those of a cat.

10 Is Gochuumon a "cute girls doing cute things" series? Someone posted a picture of an angora rabbit on J-list and they really look like that.