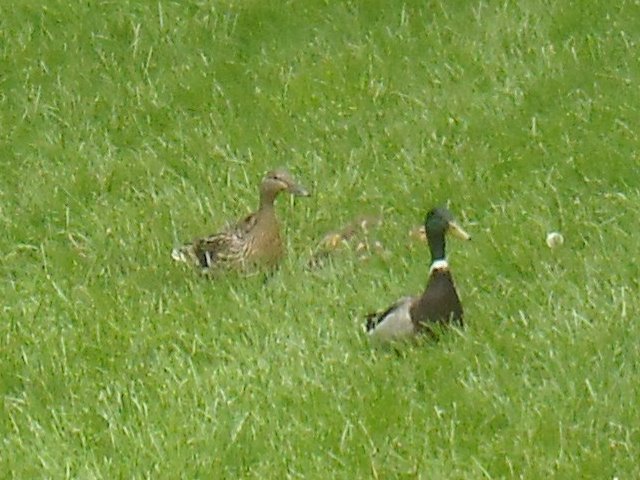 See those brown things in the grass next to the hen? That's her ducklings.

It's odd to see the drake with them; I thought that once the eggs were laid the drakes stayed clear. 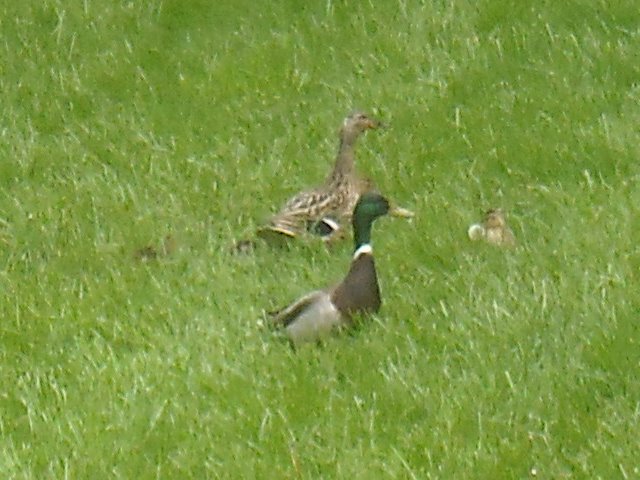 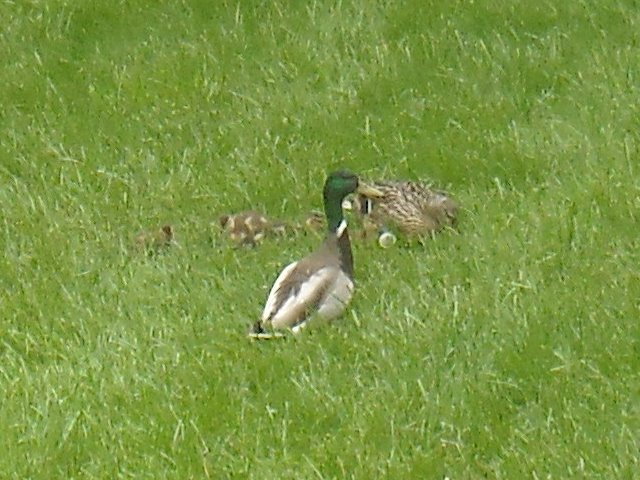 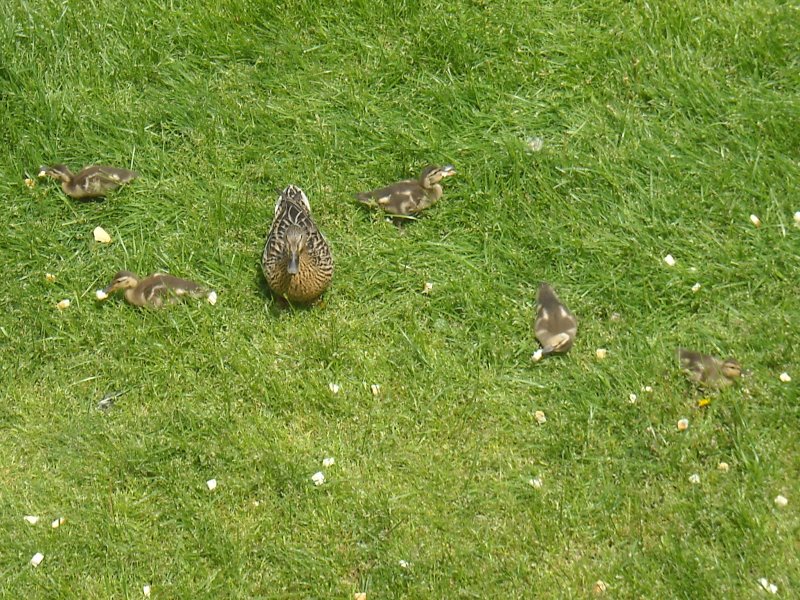 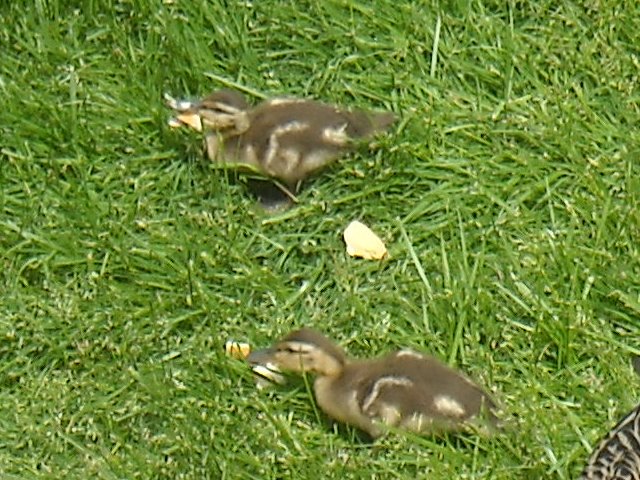 1 Bread is okay for duckies, as long as it isn't raining or very damp... if it is, it's better for them that you don't feed them.  The more you know.

2 "It's odd to see the drake with them; I thought that once the eggs were laid the drakes stayed clear." My wife and I were just out at the pond at the end of our subdivision. There was a hen in the pond with a gaggle of ducklings following behind; the drake was keeping his distance, but he was on the edge of the lake, watching the proceedings.

After that hen and her five ducklings finished all my bread, and headed over to the creek, I saw another hen with a drake and just one duckling. Kind of sad to think of what might have happened to all her others. Either the eggs were taken, or the ducklings were.

But that's how it is in nature with nearly all young. The mortality rate is huge; that's why they have lots of them.

Around here I suspect their greatest source of peril is raccoons. I know there are some around. I saw one once. Usually they're nocturnal, especially in towns, but this one waltzed through our yard casual as anything in broad daylight, and didn't seem to be in a hurry to get anywhere.