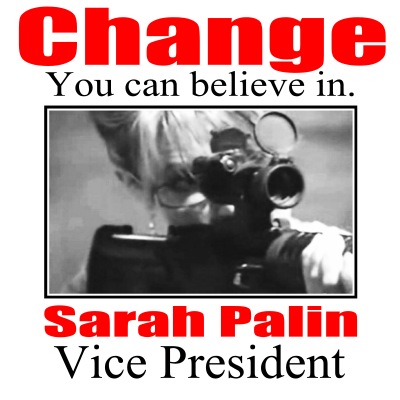 If a single picture can become iconic for the character of a candidate, then this is the picture I hope becomes iconic for Governor Palin.

It is from when she visited the Alaska National Guard in Kuwait. Some of the men let her fire (by reports, but maybe just aim) a military rifle (variously reported to be an M-15, an AR-15, or an M4).

But if we can't have that one become her iconic image, then this one is second best: 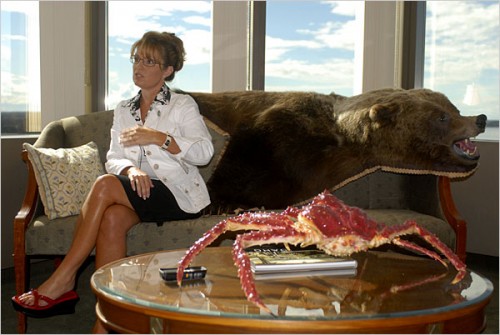 UPDATE: "Barack Obama eats arugula. Sarah Palin eats moose meat which she hunts for herself. Which would you prefer to have in charge of your military?"