I just went through RandomC's reader's poll for series of the year. And the only regular series I could bring myself to vote for was Super Sonico.

That was a lot better than it had any right to be, mostly because Super Sonico herself was a lot more interesting and sympathetic than you'd expect from what is clearly a fan service icon. I'm speaking seriously when I say there's more to this character than huge boobs. She came off as someone it would really be nice to know, and not just because of the huge boobs. 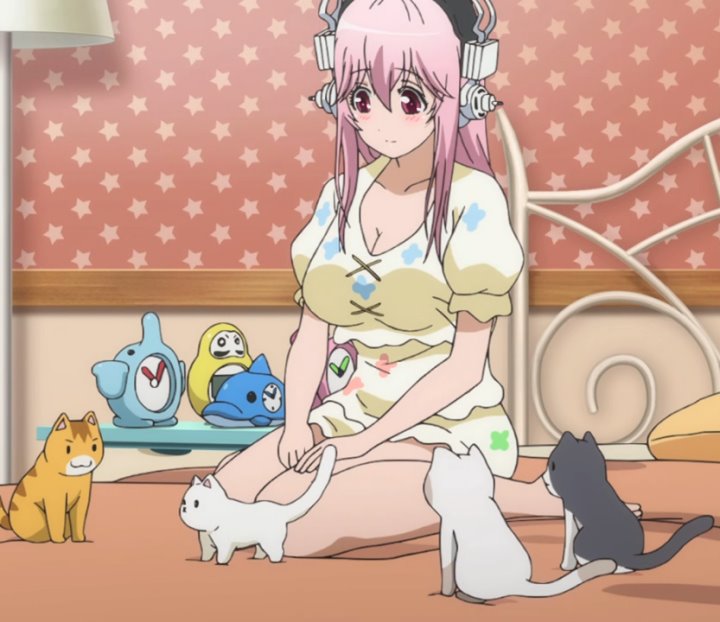 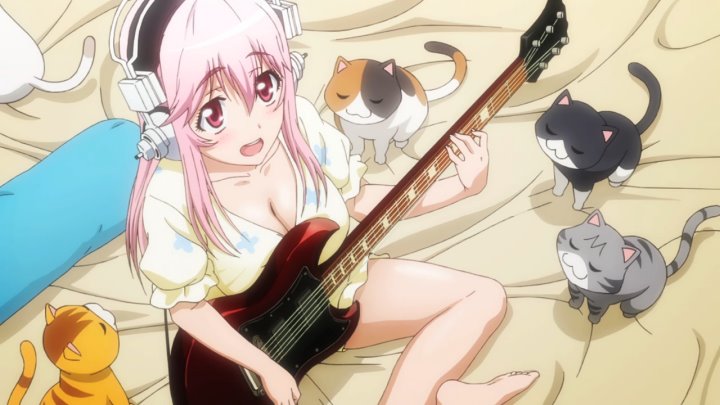 But even I am having a hard time believing this. Super Sonico was the only thing this year I thought was noteworthy? Yikes! The only reason it stood out (ahem) was because everything else was worse.

On the second side, OVA's and movies, the only things I could vote for were the Girls und Panzer OVA and the Bodacious Space Pirates movie. With these two there was no hesitation; they were excellent. But...

When I got to shows like Madan no Ou to Vanadis or Seikoku no Dragonar, I just couldn't bring myself to vote for them. Frankly, they weren't all that good.

Four whole seasons; probably upwards of a hundred shows; and not one I could in good conscience recommend to anyone else. Man, 2014 was really the pits as far as anime is concerned.

UPDATE: OK, it's too late now, but I could have voted for Soul Eater NOT in good conscience. Not a great series, but surely not a bad one.

2 Ah, Pupipo.  So far beyond anything I'd expected when I started watching it.

One of the reasons Sonico is likeable is that she is beautiful, and works as a model, including doing a lot of posing in swimsuits -- but that's not her goal in life. It's a job, a way of making money, and she does it well; she works hard at it.

But what she really wants is to be a rock guitarist. A lot of the series is about Sonico and her bandmates trying to make it in music. One of the episodes is a flashback to high school when she met an older girl who was a guitarist who taught Sonico how to play and got her interested in it. In the series present, Sonico is in college.

Which is another thing that's nice: she's not yet another in an endless stream of 16-year-old high school girls (or 13-year-old middle school girls). She's college aged.

5 Out of curiosity, does she ever take those headphones off, or are they surgically attached? I don't think I've seen even one pic where she wasn't wearing them.

She never takes them off. 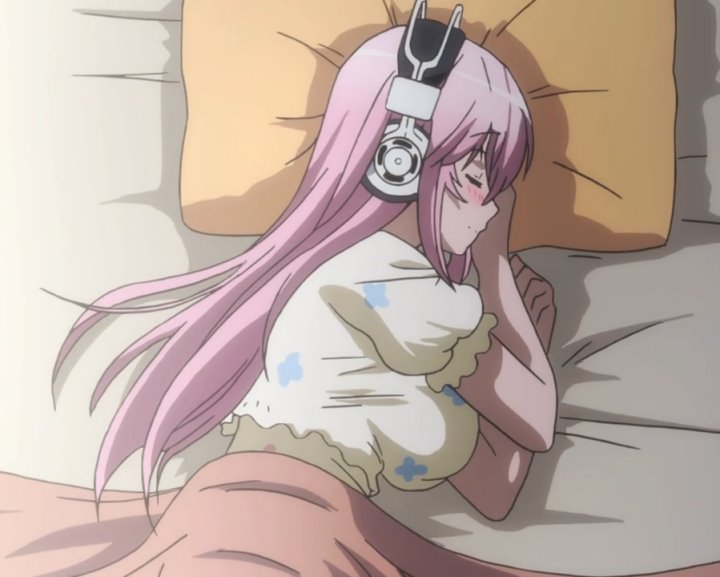 So how she's able to sleep comfortably on her side, without destroying her pillow, is one of those mysteries of life. We don't ask questions like that.

7 Also, there's no wire connected to them, so what sound if any comes through them is another mystery of life.

8 I knew someone who used to wear large headphones like that.  He had a small MP3 player tucked into one of the ear cups.

9 Would you recommend Gokukoku no Brynhildr, even though it has gore?

10 No, not really. It's ultimately a rather mediocre harem show, with a villain whose motivation doesn't satisfy, and a rather crass attitude towards its girls.

11 By the way, I deleted it after I watched it. I didn't archive it.

12 Would you recommend Gokukoku no Brynhildr, even though it has gore?

If you're looking for that kind of show, I think that Strike the Blood is superior in nearly every way. (Not least of which is that the girls are treated with more respect by the director.)

It's still not a great show IMHO but this one I kept.

14 I think that Strike the Blood is superior in nearly every way.